Necrotic: Dead Flesh on a Living Body #3 of 3


She was sweet and never became upset with me, no matter what. She had always been there since I was born. Growing up, I just expected her to always be there.

When my grandmother was diagnosed with Ovarian Cancer, I didn't know much about this type of cancer. I thought she would beat it and everything would go back to normal. But it didn't. She was diagnosed in the 3rd stage. She took chemo and medications.

Before she was diagnosed, her belly began to get really big as if she were pregnant. When she started chemo, she lost a lot of weight. A few months passed and she became very ill and was hospitalized for two weeks. Finally, the doctors said she could go home or go to a hospice center.

She lived for six more days. On Sunday, June 14th at AM, my mother called because she took a turn for the worse. She was rushed to the hospital. We all knew this was the end. She lived for a few more hours in the hospital then passed away No matter how sick she had been, she remained positive and loving. I was her favorite grandchild and she loved me very very much. It has been a few years, but it still is hard to live without her.

I felt lost in depression because of the fact that she was gone. Why did this happen to her? She was the nicest person I knew. It especially hurt that she had died just two days before my 5th grade graduation. Lots of kids get to grow up into their 30's and still have their grandmothers, but mine was taken when I was I know that she no longer suffers. I just wish her cancer could have been cured.

I hope that no other woman has to go through what she went through. I will always love and remember her.

Necrotic: Dead Flesh on a Living Body #3 of 3 by Buddy Scalera

Alisanne Fleitman Every woman with Ovarian Cancer has a story and this one is mine. I did see my Gynecologist during this period, but he wasn't the one who discovered my cancer. Here is the story of eight months in the life of an Ovarian Cancer patient:. In July I thought I was in good health, maybe not perfect, but good. My only complaints were a bit of asthma, a few minor allergies treated with Claritin, a tracheitis problem that kept coming back with a cough, and a few extra pounds I couldn't lose.

I homeschooled my daughter, was one of the leaders of her Girl Scout troop, and did some part-time work writing web pages.

One week after the Fourth of July I went to my Primary Care doctor an Internist for a regular six-month checkup without any worries. My risks for cancer weren't a consideration. I always heard that you need to have a sister or mother with breast or ovarian cancer to have an increased risk. I didn't. What I had was a paternal grandmother who had died from breast cancer in her 50's, a paternal aunt who had died from cancer in her 50's, and a maternal aunt who died from ovarian cancer.

I casually pointed out some swollen lymph nodes on my neck that I had first noticed when I had been sick with a virus. How long ago? About six weeks. Too long he said. He saw me two days later. I should have known I might have a serious problem when my doctor made the appointment for me. In July I had a CT scan of my neck, followed by an ultrasound of my neck.

On August 3 I had a strictly routine yearly exam with my gynecologist.


All he said was get a mammogram and come back next year. I had an infection in my umbilicus that later was diagnosed as a metastasized tumor from my left ovary which he looked at and told me that it would have to be lanced if it didn't clear up. I had a lymph node biopsy on August 9th. On August 15th my internist gave me the diagnosis: papillary adenocarcinoma. I asked him to write it down. He told me that the lymph node was not the primary site and that the next step was to find out where it came from. He referred me to an oncologist at St.

Barnabas Cancer Center. The first appointment available was for the day after Labor Day. 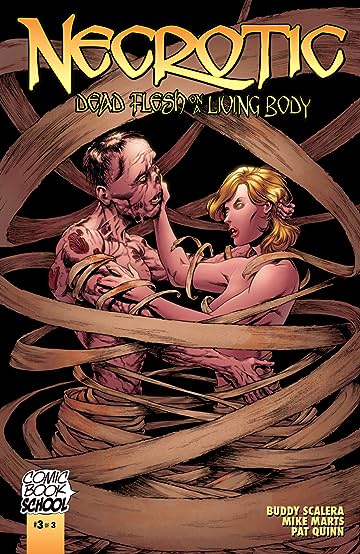 In the meantime I scheduled tests: mammogram, thyroid ultrasound, nuclear thyroid scan, CAT scan. I met with the Oncologist the day after Labor Day. He set up an appointment with a breast specialist for the following day since the mammogram results were suspicious. I had an ultrasound in the breast specialist's office and he arranged for a biopsy to be done on Friday when he confirmed I had localized advanced breast cancer.

The lymph node tumor was on the left side and the pathology report indicated it was not from the breast cancer in my right breast. Another week was spent figuring out the origin of lymph node involvement to rule out thyroid cancer. He called us in for an appointment on a Friday when he gave the final diagnosis: ovarian cancer and breast cancer. By this time it wasn't a surprise because I'd thought that was decided a week earlier.

I was referred to a Gyn-Oncologist with offices two floors up. We took the elevator and made an appointment for the following Monday. The doctor was leaving for the weekend when we were in the office and he talked to my husband and myself. He and the oncologist had already spoken about me. On Monday, after examining me, he scheduled me for surgery as soon possible to remove my uterus, fallopian tubes, ovaries, and umbilicus definitely metastasized from the tumor on my ovary as well any other sign of cancer. He explained his philosophy on surgery.

Instead I was wheeled into recovery after just 25 minutes. There was such a big difference between the CAT Scan done on September 2 and surgery on September 28 that the surgeon was surprised. He wasn't able to remove as much as he planned. He wasn't able to remove my ovaries or tubes. He did remove my uterus, omentum and umbilicus. As he explained it to my husband, if he wanted to take all the cancer out, he would have had to remove everything from here hand held high to here hand held low and that was just too much.